You can now choose from a number of pre-installed themes

This section allows you to view all posts made by this member. Note that you can only see posts made in areas you currently have access to.

News and Events / Windows 9 to finally get multiple desktops

News and Events / Bodhi creator and lead developer standing down - is this the end of Bodhi ?

Will Bodhi survive this .. I certainly hope so.

In either case I'd like to wish Jeff good luck in all future endeavours, and say thanks for giving the world Bodhi

September 02, 2014, 12:21:00 PM
Kit is starting to appear from mainstream manufacturers that "boasts" about Linux compatibility .. OK, it boasts "SteamOS ready"' but it amounts to the same thing, effectively they're bragging that it's designed (or at least tested) to be Linux compatible and that *has* to be a good thing .. right ?

General Discussion / why is windows Vs why is linux

why is windows
and
why is linux

General Discussion / Gotta get me one of these 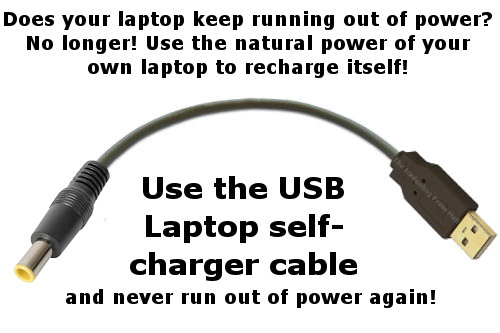 I *know* this to be true because I had a Win8.1 PC here the day before yesterday with the same issue:-

If you update your Windows with the update, a message flashed on the screen that reads: "Your PC ran into a problem and needs to restart. We're just collecting some error info and then we'll restart for you (0% complete)."

"Installation went smoothly. After rebooting everything worked fine. But when I shut down my notebook and switched it on a little later it came up with a blue screen with a Stop 0x50 in Win32k.sys. I could not even boot into safe mode as Windows failed to start no matter which mode chose"

General Discussion / Not an ebuyer (or windows) advert

That's a master stroke and could even get Win8 moving

In this tutorial we will wipe the default OS (Linpus Lite) from the internal 8GB SSD (or hard drive in the case of the AOA150) and install PeppermintOS (Five) Linux is its place.

Why would you want to do this .. Well Linpus Lite, though small and fast is based on Fedora core 8 which is a very old Linux distribution that has been out of active development for quite some time .. so Linpus Lite doesn't receive any updates, and it is nearly impossible to get any new software to install without jumping through hoops, if at all.

PeppermintOS (Five) on the other hand is based on the MUCH more recent Ubuntu 14.04 (Long Term Support release), but uses the LXDE desktop (with the Xfce4 window manager/compositor) which is more like a "normal" desktop environment, and is also small and fast .. it also has the added benefit of having access to the Ubuntu software repositories, so it is VERY easy to install the latest software.

As you can see it has a single panel at the bottom, an application menu, a system tray, and a workspace that you can put application icons (shortcuts), files, or directories on .. in fact (good or bad) it's very similar to the Windows layout.

I'm going to set out this tutorial in stages .. the first stage will tell you how to download the PeppermintOS Five ISO image, and how to use a Windows PC to write it to a 1GB or larger USB Stick.

The following stages will deal with installation, then some post-installation tasks to get Peppermint "just right".

These instructions may *look* complex at first glance, but take it from me it is easier than it looks

Start Universal USB Installer, and at ..

Step 1 .. In the drop down list, select PeppermintOS
Step 2  .. point it at the ISO image you downloaded
Step 3 .. Choose your (already plugged in >= 1GB) USB stick .. probably best to let it format it too, so backup its contents first.
Step 4 .. (if available) Set the slider to the largest persistence file it will allow you.. so you can save changes. (if you want to test drive it first)

Heres a pic of the Universal USB Installer interface Click Create .. and wait till it's done .. it will take a while, and *may* appear to have stopped .. but just wait till it says it's "Done" .. as in the following pic Once the LiveUSB has been created, click Close, plug it into your AA1, then turn ON your AA1 .. as soon as you see the first screen (Acer Empowering People), hit the F12 key to access the boot device selection screen .. and select the USB HDD as the drive to boot from and hit Enter to boot.

Be aware .. running from a USB stick will be quite a bit slower that running it from the internal SSD after installation, so don't draw any conclusions about speed at this point

I *can* tell you that once installed, it takes slightly longer to boot than Linpus Lite .. but once booted it loads/runs applications just as quickly .. and has access to all the latest software.

Once you've got to a working desktop, you can either test drive Peppermint from the USB stick .. or you can just click the "Install Peppermint" icon that will be on the desktop .. but we'll get to that in a bit

Here's what to expect - I've found it's usually best to let it format the USB stick first, so in the bottom pane select your USB stick, and hit the "Erase Disk" button, and enter your password if prompted.

Once the format is done, in the top pane, select the ISO image you want to create the LiveUSB stick from (if it's not already there, browse to it by clicking the "Other" button)

If you want the LiveUSB to be persistent (ie. able to save changes), make sure "Store in reserved extra space" is selected, and use the slider to adjust the size of the persistence file (the amount of room set aside for saving changes).

You'll be prompted for your password a couple of times before it tells you the LiveUSB has been created and is ready for use.
#29

News and Events / Peppermint 5 is now available for download

May 07, 2014, 12:45:26 PM
I just had a phone call from someone claiming to be from Microsoft support telling me my computer had viruses and if I let them remote in, they fix it for me

Damn I wish I had RDP set up .. would have been amusing to let them into an isolated Linux box, and confuse the hell out of them

Obviously I told them to sod off

I really only posted this so Google finds the phone number, and the word SCAM.

If any unsuspecting Windows users see this .. do NOT let them remote into your PC, Microsoft would NEVER directly phone you .. this is a scam pure and simple.
#33

XP users will not receive patches for this, so take note and get off Internet Explorer .. in fact get off the internet before your PC is used to attack others.

Or Peppermint could do a trimmed down version .. Punity
#35

March 26, 2014, 06:01:40 PM
This info applies ONLY to the Acer Aspire One AOA110L (a.k.a zg5) that come with the 8Gb SSD
(it does NOT apply the Acer Aspire One that comes with a hard drive .. they use a standard 2.5" SATA hard drive, the motherboard is different, and the plastic case is slightly larger on the bottom)

I had another SSD failure on one of my AA1's the other day, and had run out of replacements .. the 16Gb Super Talent replacement SSD's I've used previously were all sold out, and the 32Gb version was over £90 which is ridiculous.

I'd previously seen this tutorial for replacing the SSD with a 1.8" HDD:
http://tnkgrl.com/2008/08/16/modding-the-acer-aspire-one-hard-drive/ (http://tnkgrl.com/2008/08/16/modding-the-acer-aspire-one-hard-drive/)
but had been seriously put off by the comments where everyone seems to have problems fitting the ZIF ribbon cable into the HDD

I can report the replacement went well, and I now have a 60Gb HDD in one of my AA1's .. it's faster than the stock SSD, and those annoying I/O pauses are a thing of the past

The stock ZIF ribbon cable from the SSD fitted straight in (after some initial effort).

Bit of further info on fitting the ZIF cable -

The ribbon cable goes in with the blue side UP (ie. blue side opposite the HDD's circuit board)

And here's where I think most people had problems

a) there's a black clip that rotates upwards to allow insertion of the ribbon .. but unlike the one on the SSD, it's NOT at the front of the socket (slot side), it's at the BACK of the socket, as pictured here:

b) the ribbon cable only goes in about 1.5 millimetres

Quote from: Clement Lefebvrewe'd still release every 6 months, it would mean 1 new base every 2 years.

Quote from: Clement Lefebvre(speaking about Linux Mint 17 Qiana) "Yes, it's an LTS release (we're also considering basing the 3 releases after than on the very same LTS base)".

Quote from: Clement Lefebvre"The decision wasn't made yet, and after/if it is made we can always adapt it based on how things go. The length of the support is an element but it's not the most important one at play. There's also an element of quality and a wish to run mature and proven software rather than to jump on brand new frameworks, techs and toolkits every 6 months. And then there's the fact that we want to develop more. We want to push innovation on Cinnamon, be more active in the development of MATE, better support Mint tools and engage in projects we've postponed for years. So the idea is to boost all that by only adapting to new bases once every 2 years, to better commit to that one base shared by all releases and to better support it, and to have our hands freed to do exciting stuff. Note that all will become important post-Qiana though, around November 2014".

March 09, 2014, 02:40:55 PM
This has bugged me for some time .. I've seen plenty of tutorials that include a command similar to:-
Code Select Expand
wget http://www2.ati.com/drivers/beta/amd-catalyst-14.2-betav1.3-linux-x86.x86_64.zip
That command always fails to download the drivers, instead just downloading the first few bytes.

Turns out the server that the files are sat on refuses to allow downloads unless the request was referred from the "http://support.amd.com" website.

Dukto LAN File Transfer Tool .. run it on any machine on your local network (Linux/Windows/OS X) and any other machine running it will immediately be visible allowing you to transfer files between them (no network configuration necessary).
Transferred files will automatically be saved in your home folder, but that location can be changed in the Dukto settings.

It also allows easy transfer of text snippets .. so its easy to send someone say a URL.

February 28, 2014, 06:32:18 PM
According to the 2 articles below, Microsoft are apparently toying with the idea of creating a free version of "Windows 8.1 with Bing" pre-populated with their apps and services.

Copying Google much .. IMHO it won't work, Google can give their OS away because they make a sh*tload from their search engine, people will no doubt gladly take this freebie, then switch to using Google.

That said, it could certainly prove disruptive....